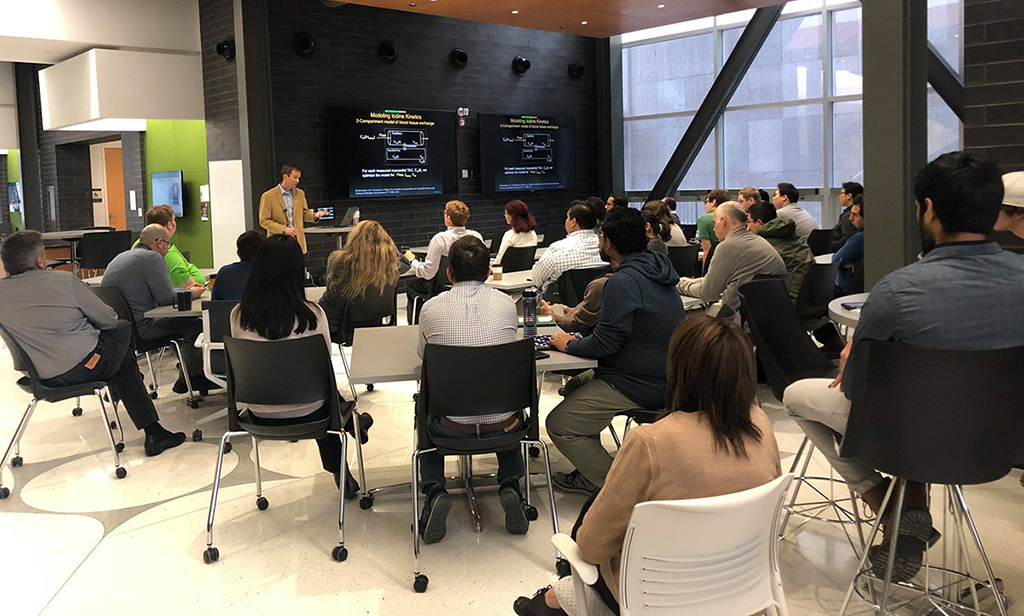 Dr. Sailor holds affiliate appointments in the Bioengineering, the Nanoengineering, and the Materials Science and Engineering programs at the University of California, San Diego. Trained as a chemist, Sailor earned a B.S. degree from Harvey Mudd College in 1983 and a Ph.D. from Northwestern University in 1988. He began his academic career at U.C. San Diego in 1990, was promoted to associate professor in 1994, full professor in 1996, and distinguished professor in 2015.

Sailor serves on the editorial boards of Nanoscale Horizons, ACS Nano, Applied Physics Letters, and Advanced Materials, and he is associate editor for ACS Sensors.

He is an elected fellow of the American Association for the Advancement of Science, the Royal Society of Chemistry, and the National Academy of Inventors.

Join us in the IQ Atrium or via Zoom: